Dr. Larry McKinney, senior director of aquatic resources at TPW, explains the dilemma. “Our research and experience, and that of scientists throughout the southern states, clearly demonstrates the positive benefits to both fish populations and sportfishing when aquatic vegetation is present. The difficulty arises when vegetative surface coverage becomes excessive, particularly when the plant is a non-native species like Hydrilla. Access to fishing, boating, swimming and other water-related activities can become a real problem when one of these exotic species gets out of control.”
Aquatic vegetation like Hydrilla can be a nuisance to boaters, swimmers and fishermen if it is allowed to grow unchecked. Several measures have been taken in recent years to eliminate this problem on Texas lakes.

Chemical control was once thought to be the answer and herbicides are still used today. However, chemical treatment of the unwanted vegetation has led to death or illness in humans and wildlife and will no longer be tolerated by a growing number of Texas citizens.

Mechanical methods have been used in several Texas lakes, but the results have been less than desirable. Grass carp were used by TPW in Lake Conroe and the unwanted vegetation was destroyed, but the cost in fish habitat and water quality was very high. Steps are currently being taken on this lake to restore the fishing resources of this once famous bass-fishing lake in East Texas.

Another mechanical solution to the abundance of noxious aquatic vegetation was introduced recently and examined on that day in June. The Mechanical Vegetation Harvester (MVH) that was presented to the government officials was on loan from the Tennessee Valley Authority and received unanimous support.
This machine reportedly can cut one acre of Hydrilla per hour to a depth of five to six feet. It cuts the vegetation, squeezes the water from it, shreds it, then puts the shredded vegetation back in the water. The machines have a cutting width of up to 10 feet and weigh up to 14,000 lbs. The harvester does not hurt the fish population either, according to the Department of Natural Resources in Minnesota, where the harvester has been used for years.

The harvesters have been around since about 1902, according to Pat McCarty of Texas Black Bass Unlimited. They were created from a need to knock down weeds so that clean ice could be cut from frozen lakes. These massive machines have evolved considerably in the last several decades. By efficiently cutting and removing Aquatic vegetation, harvesting offers an environmentally sound, cost effective and practical solution to the control of excessive plant growth.

Harvesters have been used extensively in the Great Lakes region and in the northeast, with some very positive results. Mr. B Rendan of Woodbridge, Virginia, is very happy with the harvester his community purchased. “Harvesting is selective for fish management – it leaves habitat available for fish.”
Mr. D. Heise of LaPorte, Tennessee, says, “The quality of fishing has improved [on City Lake since we started using the harvester], and the fishing areas are more accessible now.”

Mr. J. Wardlaw of Dewey Lake in Dewagiac, Michigan, has been using the Hydrilla Harvester for years. He comments, “We have bigger fish of all types now because of reduced cover.”

The Governor took the MVH on a test drive and he is reported to be pleased with his findings. Other Texas State officials were similarly impressed.

According to Robin Richardson, President of Health Awareness and Water Knowledge (HAWK), in a Board of Director’s meeting of the GBRA on June 17, approval of a Cooperative Aquatic Vegetation Management Contract between TPW, LCRA, GBRA, Friends of Lake McQueeney (FOLM), and the Sportsman Conservationists of Texas (SCOT) regarding a MVH was passed.

Richardson sees the MVH as the only viable means to rid Texas lakes of nuisance vegetation. – Lake Mohave 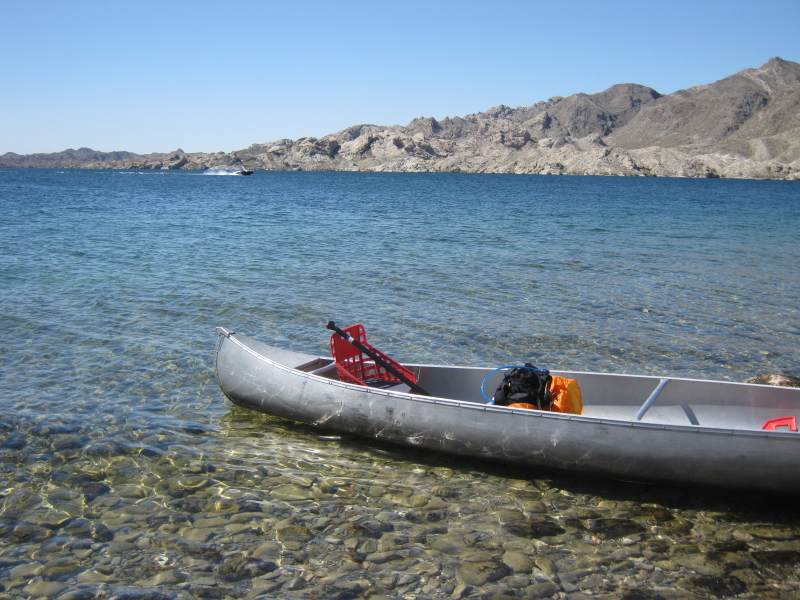